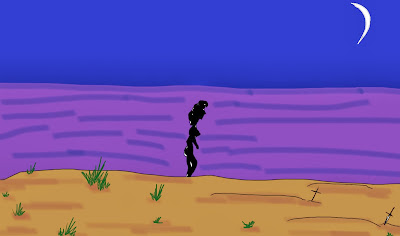 As the Hatch alarm clock inferred, the island was a place of Death. It was strange how the people on the island did not dispose of their fellow man in the same ways.

When Ben executed his purge of the Dharma group, he took the bodies to an uncovered mass grave.
Ben also sought to kill Locke when he was pushed into the mass grave.He also gassed his own father in a mini-bus, and left his remains to be found by Hurley decades later.  When Ben kills Widmore, we do not see any action but leaving the body behind in the barrack cabin. Open burial seems to be disrespectful, but it would seem the choice of Ben's enemies and foes.

There were several bodies left in the remains of their accident, such as the pilot in the cockpit or Yemi in the passenger compartment of the Beechcraft.  There was no indication that the smoke monster's kiling sprees in the Roman village or to the Black Rock crew had any subsequent burial ritual.

Now, some suspect that the open burial allowed the smoke monster to "take over" a dead person's body and memories. That is why the Dharma group was explicit in their requirement that any fallen comrade be buried as soon as possible.

The 815 survivors used two means of burial: fire, when they torched the airplane section, and burial near the bluff next to the beach. Fire is an ancient means to dispose of human remains. Jacob was stabbed by Ben in the statue, but Flocke made sure to incinerate Jacob's body in the fire. But Jacob would return (in at least a ghost form) to interact with his final candidates.

Another ancient means of burial was placing corpses in caves. Jacob did so with Crazy Mother and his brother, who were found by Jack, Kate and Locke (who called them Adam and Eve).

The Others also used a Viking funeral boat pyre. The example seen was Colleen, who died in her pregnancy, was set off into the water in a boat of fire while Juliet brought Jack to the ceremony.

In a few circumstances, people died and they were cast off into the water, such as Desmond killing the guards in the underwater communications station. Many passengers presumably drowned during the plane crash.

But in all the forms of island burial, there was no distinct religious element. There were few, if any, words spoken. It seemed like everyone on the island was resigned to this fate, death. It was just a matter of time; a slow waiting game against the island and its hidden jungle reapers.