PUT A CORK IN IT 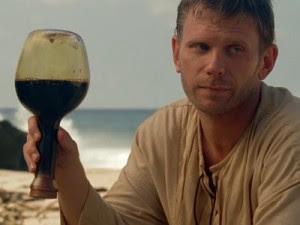 The LOST community has sort of vanished like the Island itself. The great DVD Box Set, and the huge LOST Encyclopedia failed to keep the embers of die hard fan interest going throughout the winter. For like the Ending, it failed to answer the deepest of the deep show mysteries and story lines.

Strip away the story lines that were inconsequential:

A cynic could argue that we would wind up with a simple Robinson Crusoe story:
1. Plan crashes on tropical island.
2. Survivors try to survive in the jungle.
3. Leaders struggle to lead survivors.
4. Survivors all have deep dark secrets.
5. Plans to be rescued fail.
6. Survivors come to the realization that they are doomed.
7. And from that "awakening" they realize that they are already dead.
8. The End.
Posted by welh at 12:36 PM